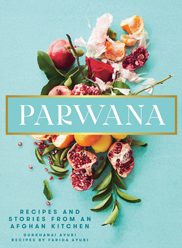 PARWANA, RECIPES AND STORIES FROM AN AFGHAN KITCHEN

First I fell in love with the turquoise cover scattered with petals and pomegranate. Then I read the recipes and wanted to cook them all. Then I read the story that runs through the book and suddenly the cover didn’t seem so important. It is the story of the Ayubi family who left Afghanistan as refugees in 1985, arriving in Australia in 1987 and finally settling in Adelaide in 1989. In 2009 they opened their restaurant Parwana to share their memories of the country they left behind through their food and culture. This is their story…. 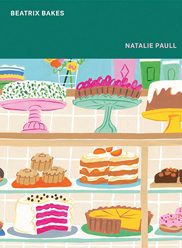 On a sunny corner in North Melbourne there’s a tiny cake shop called Beatrix. Beatrix has an Instagram following that far exceeds its square footage and the daily treats posted make me wish I could hop on a plane. Happily we now have Beatrix Bakes where owner Natalie Paull shares her recipes with the detail and precision that baking requires. The recipes are inspiring and original yet unpretentious, detailed yet achievable for a home baker, but most of all they are delicious. 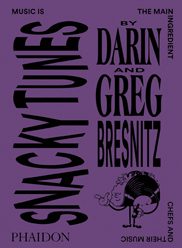 Snacky Tunes started in 2009 and is now the longest-running food podcast in the world, exploring the relationship between chefs and music, from Dominique Ansell creator of the Cronut, to our very own Monique Fiso and Margot Henderson. Pop back into the Snacky Tunes archive to listen to their story, then cook and eat to a playlist curated by the guest chef. Who knew that the Hokey Pokey Bars from Hiakai were inspired by the Stereophonics ‘Rainbows and Pots of Gold’? 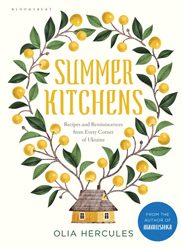 The title may suggest that this is just a book about the food we love to make and eat in summer. It is, though, so much more. It’s a celebration of ‘the summer kitchen’, a little building Ukrainians have in their vegetable garden where they do all their cooking, pickling and preserving in the warmer months of the year. Thus, it is not just the fresh food of summer, it is what we can do with the bounty of the garden so it lasts right through winter, too. I think I need to find room to build myself one!