“Sometimes you get your best ideas in the middle of the night.”

We’ve been stalking an Instagram account for some time now with great interest. No personal name or background info, just stark, beautiful photos of food, with no distractions. It’s obviously created by someone who understands flavour and technique, has a sense of great determination and focus, and is all alone into the wee hours of the morning. Who is ‘Eating at 3am’?

David Neville is a Wellington-based chef and consultant who likes to keep his knives close to his chest. It was a chance meeting with a client who described a memory of eating one of his dishes many years ago – and David having absolutely no recollection of that dish – that made this chef realise that he has cooked thousands of dishes, personally creating hundreds, and has reached the point where information is beginning to leak away with age. Eating at 3am was born from a desire to document and record his creations. “Those who don’t remember the past are doomed to repeat it.”

And so David devised an Instagram project which of course included photography (a subject he knew very little about) to enable him to document his work. As a chef, he knew that this  project would have to be done outside of working hours and that would require starting at 5am some days, or working late into the morning on others. 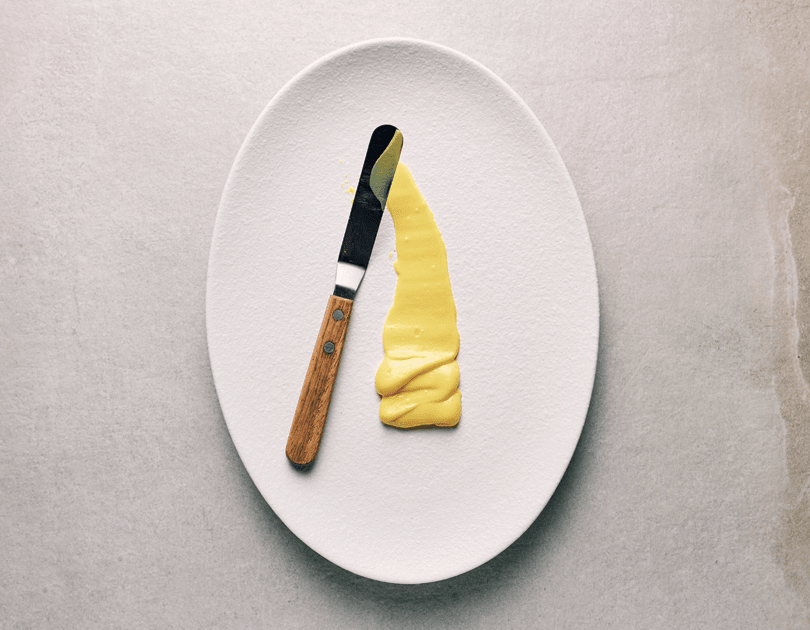 “Eating at 1pm, or eating at 10:45am didn’t have a nice ring to it. Seriously, try saying eating at (insert whatever time you like), it won’t sound as good as eating at 3am.”

David also knew that without any names or associations it meant that the food could be viewed and judged on its own merits and qualities.  For the same reason David has been tight- lipped about his career that has spanned almost  25 years, working with, or for, some impressive culinary champions such as Peter Thornley, Rex Morgan, Tetsuya, Gordon Ramsay, Shannon Bennett, Charlie Trotter and Ben Shewry. “I never wanted to ride on their names and successes. The hard truth is that sometimes you just can’t mention some of these very accomplished chefs without it overshadowing your own work.”

David feels food has never been more exposed than it is now. The massive amount of available media means that a subculture of foodies will happily stay up until the early hours watching Netflix’s Chef’s Table, or scrolling through The Art of Plating. He was 100% positive that if he had a good idea and posted it at 3am there would be a group of invested people who would view it within seconds, despite it being posted beyond the witching hours. “Food today has become a culture that needs constant feeding. And good ideas come at 3am.”

David says his creations are largely influenced by the cross-cultural cuisines of the ring  of fire regions: New Zealand, South America, North America, Korea, Japan, southeast Asia and Australia. “I believe a lot of people see New Zealand food as what they want it to be, and not necessarily as where it currently is. I have always compared our food to the child raised by wolves. It was separated from its parents at a young age, and became influenced by the elements around it.”

Well, we’re watching (although not necessarily at 3am) and we’re loving what we see so much that we asked David to share his recipe for Bloomed Corn. He calls it the essence of NZ summer…

BLOOMED CORN
Remove the kernels from 5 cobs of corn. Avoid cutting too close to the cob itself. Either juice or blitz the kernels in a tall blender until as smooth as possible. Press through an extremely fine sieve – you only want the juice. Place in a bowl on top of a double boiler. Whisk continuously (try using your other hand, it might feel like someone else is whisking it). Continue whisking for 4-5 minutes. The starch in the corn will begin to bloom and thicken. The longer you cook, the more thick and custard-like it will become. Add salt, butter and a few drops of lemon juice. If you get lazy with whisking you might get a few small lumps. Sieve again if needed. This is crazy delicious with all sorts of stuff. @eatingat3am