While many Wellingtonians no doubt welcomed the uncharacteristically balmy summer the region has been experiencing, Amy Delahunty and Chrissy Vize had more reason than most to celebrate.

Amy (above right) and Chrissy (above left) have been friends since they were 13 and now live down the road from each other in Paekākāriki, just north of Wellington on the Kāpiti Coast. Chrissy ran an ice block business in Melbourne, where she lived for 10 years, and on returning home, she and Amy, whose young children now go to Playcentre and school together, decided to give it a go here. “Doing something with an old, close friend is really lovely,” says Amy.

The pair sell their ice blocks – which are made with seasonal fruit, much of it organic and locally sourced – at markets and events around the region, as well as offering a home delivery service. They’re also stocked at a few cafes and stores in Kāpiti.

Flavours change depending on what’s available, so there’s plenty of experimentation and adaptation going on. “At the moment we’ve got lists and lists of flavours we want to try, and we’ve got very willing taste testers in our children and partners,” says Amy. “We really try to make it as eco-friendly as possible and as family friendly as possible,” she adds.

The creamy avocado and lime pop (pictured second from right below with, from left, raspberry and lime, raspberry lemonade and pineapple, coconut and lime) is a favourite, but the hit of the summer has been a ginger, lime and lemongrass number, says Amy. “It’s like a lemonade ice block for grown-ups.” facebook.com/paekakarikipops 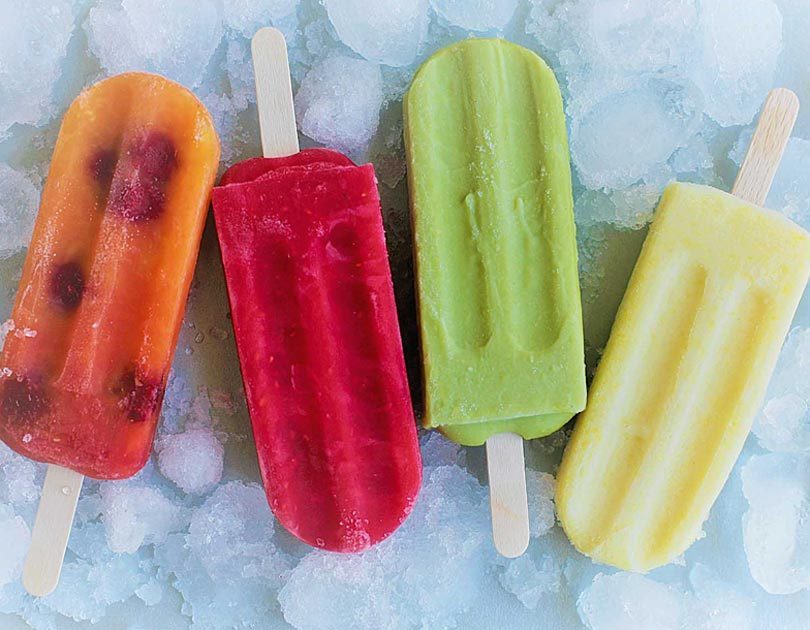