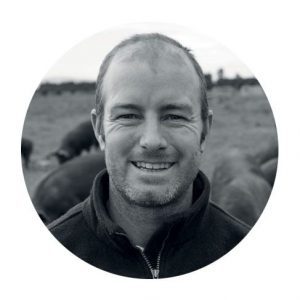 WINNER | Poaka Coppa
“Something that still fascinates me is how you can take raw pork, and can cure and then hang it for years.” JOSH HILL

It’s that curiosity and a keen sense of trying to make a sustainably produced and ethically raised product that makes Josh Hill from Poaka one of the trailblazers for modern, small-scale farming. On the family farm in Aylesbury just out of Christchurch, the Hill family are raising heritage-breed pigs which they are turning into pork products and charcuterie. What is unusual is that they are finishing the pigs on chestnuts from the orchard planted by Josh’s parents, Doug and Anne, 25 years ago, and from acorns gathered from many of Christchurch Council parks.

These are some of the many reasons that Poaka was the winner of Cuisine’s Artisan Award this year (part of the NZ Food Awards) for their outstanding sweet-tasting and nutty-flavoured coppa (a cured cut from the neck and shoulder). In 2018 they were runner-up for their fennel seed finocchiona salami. A bare three years ago, Josh decided to aim for quality charcuterie with superior flavour, produced as organically and ethically as possible. He decided on using three heritage English breeds renowned for their flavour: Tamworth, Wessex Saddleback and Berkshire (the latter has been called the ultimate pork meat, the wagyu of pork because it has great marbling of fat and succulent flavour).

When he started there weren’t many heritage pigs to be found, so getting the three breeds was a way of testing which would be best suited for the farm conditions and which would make a better product. They have found that it is the way that they farm the pigs rather than the breed that is more important. The slow-growing breeds take around 16 months to reach maturity. They utilise more of the pasture grasses, forage for herbs and chestnuts and feed on the supplemented barley and blue peas from a neighbouring farmer, all the while running around in large paddocks. It’s the variation in diet and plenty of well-worked muscles that gives them such depth of flavour.

While visiting family in France near the Spanish border – an area renowned for the quality of its nut-finished charcuterie – Josh was introduced to local butchers who showed him the fundamentals of charcuterie, and some of them have become his long-term mentors. Back in Canterbury he started trialling batches, suffering quite a few failures early on. You need a long time to see how the cures have worked out – a coppa takes 4-6 months to cure – so there was a lot of R&D time before he got recipes that he was happy with.  Josh would love to do a prosciutto-style ham at some point, but given that it needs a cure of 2-3 years, it’s going to remain a long-term project.

Poaka has always stockpiled chestnuts from each harvest to use throughout the year, but for the last two years they have done the same with acorns from across Christchurch  Council parks. It benefits both: the council spend less money trying to get rid of pests such as rats and possums which also love the acorns, and they are of significant benefit to the farm despite the time-consuming harvesting. Doug has recently planted a couple of thousand oak trees (and, excitingly, these have been inoculated with truffle spores) but it means that within 10-15 years the farm will be self sufficient in the autumnal fodder that gives such sweet-tasting flavour to meat.

Most of the cured meat and fresh products like bacon, sausages and meat is sold at the Christchurch Farmers’ Market, the remainder they sell online and through Farro Fresh and Moore Wilson’s.

Josh says, “We should convince  people that food is a slow process, that we shouldn’t be in a rush and should enjoy watching it being sliced, seeing the whole piece of meat and appreciating it. We’re trying to make  the best and tastiest product in the most sustainable and ethical way we can.” 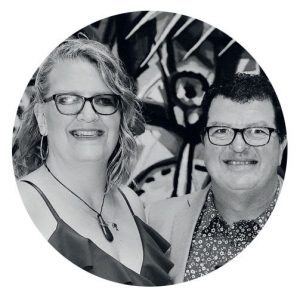 When Cambridge couple Steve and Jan Dolan were effectively made redundant in the same week, and then Jan was diagnosed with a brain tumour, they took the opportunity to get their idea for making artisan butters off the ground. “Jan thought it might be less stressful than her previous job as an adult-education teacher,” says Steve. If only they had known. Some 18 months of compliance later, they were set to churn their first batch.

Since 2017, the Bellefield Butter Co has operated from a converted shipping container in the Dolans’ garden. Amidst the stainless-steel benches and clink-clank of machinery, they batch-churn cultured butter – both the regular salted variety and experimental flavours. That includes the miso-flavoured product which was named runner up in the Cuisine Artisan Awards 2019.

Steve’s love of the real deal in butter started in his childhood. “My dad is Irish and we’d often visit my Aunty Chrissie on the farm. I can still see her churning butter at the kitchen counter,” he says. Cultured butter contains live bacteria which make it fuller flavoured. “My favourite way to enjoy the miso butter is to put two discs of it over a nice piece of white fish and bake it in a foil parcel in the oven,” says Steve. But he’s also been adventurous creating toffee made with miso butter that Jan has put on the ‘more please’ request list.

Three years after misfortune prompted the Dolans’ change in direction, the butter business is only getting better.